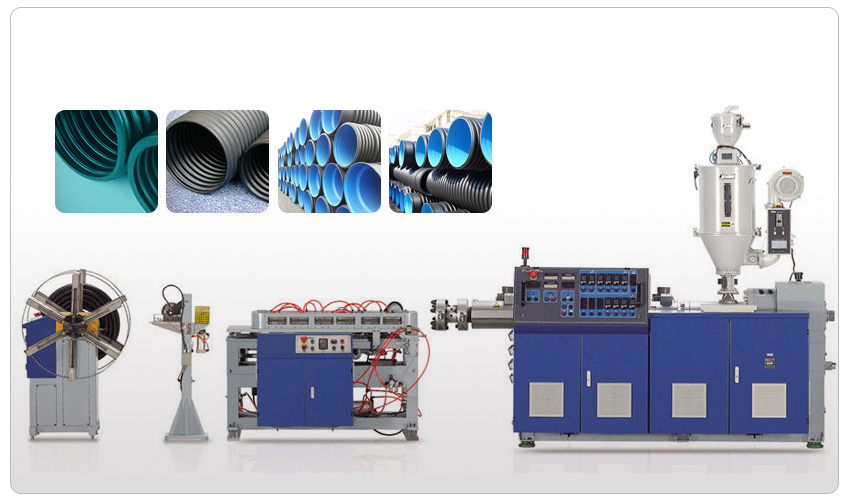 PVC Single-Wall Corrugated Pipe Production Line
PVC Single-walled Corrugated Pipe is based on PVC as the main raw material, made by extrusion blow molding. It is a new product that developed in 1970s abroad. PVC Single-walled Corrugated Pipe uses its ring groove structure to have both rigid Pvc Pipe’s rigidity and hose’s flexibility, so that the pipe has the characteristics of soft within rigid. It can be used to transport certain liquids and gases and as embedded wire casing.
HDPE Double-Wall Corrugated Pipe Production Line
HDPE Double-Wall Corrugated Pipe is a new pipe with a ring structure outer wall and smooth inner wall. It was first developed successfully in the early 80s in Germany. After more than 10 years of development and improvement, it has been very mature in the production process and the use of technology. Because of its excellent performance and relatively economical cost, it has been great promoted and widely used in Europe and the United States and other developed countries. In China, HDPE Double-wall Corrugated pipe’s promotion and application is in the uptrend stage, and the technical indicators have reached the use of standards. Double wall corrugated pipe wall color is usually blue and black, some brands will use the yellow wall.

Fill out my online form.